Disclaimer: This website, in its entirety, requires your willing suspension of disbelief.

Before we begin, we would like to observe and apologize for our blatant hypocrisy in not having hand written this post and sent it to you via carrier pigeon. Now that that is out of the way...

In this age dominated by instant messaging via AOL and tweetering, (or whatever the hell it is you kids use) it is easy to forget that you have a mailbox attached to your abode. Mail is understandably associated with bills and pizza coupons, but there was a time when messages from friends both far and near arrived to your doorstep. These messages were hand written genuine greetings that usually contained high levels of class.

Here are a some of the finer qualities accompanied by hand written letters that we seldom see today.
Additionally, many unpleasantries have arisen since the downfall of the hand written letter.
As you can see, there are many reasons why hand written letters are fine things. People tend to appreciate them much more knowing you put pen to paper and wrote something yourself. Their lessened use by society is creating a horde of unwelcome lifestyles. So we strongly encourage you to begin mastering this last art. 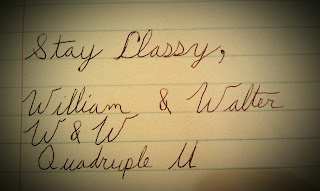 Types of People that There are Only Two Kinds of in the World...of Classiness

With many people in today's society yearning to display their individuality, we, the class connoisseurs, would like to reiterate that in high society, any single person can be stripped to their basic behaviors and be put into one of two groups. See where you are in the following list. 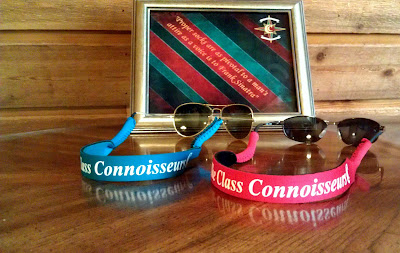 Whether you're reeling in a 10ft marlin, driving down the backwoods, or at the stadium watching the game, these croakies will ensure your sunglasses don't leave your face without your permission. Groundbreaking technology makes class ooze from the croakies, through your ears, and into your brain. They come in red and teal. Get 'em while you still can.

The Imperativeness of the Pocket Square

In a world filled with vanity, there are many function-less and over extravagant ways for one to decorate themselves. One accessory, namely the pocket square, has kept its classic roots, only to be grossly underused by today's gentlemen. Nothing quite says finer thing like a silk square tucked neatly inside one's bosom pocket, patiently awaiting its opportunity to be used in suave and gentlemanly ways. You see, intrigued reader, pocket squares hold a myriad of functions.


Uses of the pocket square include but are not limited to:


HOW TO FOLD
The fine part of the pocket square lies in its simplicity. A pocket square should always be folded modestly, never yelling and begging for the attention of others. Rather, it should gently whisper to others as they subconsciously admire your neatness. A two or three triangle fold is usually appropriate. While many other complex and exotic methods for folding exist, we highly recommend avoiding them.

The beckoning predisposition to explore what no man has explored, to see what no man has seen, and to touch what no man has touched lies within all of us.This inclination applies to all things uncharted, unexplored, and most importantly unclaimed. The act of claiming territory is one that has greatly impacted history, at times giving birth to prosperous civilizations while waging violent wars on other occasions. But there are truly fine qualities that accompany those who dare to tame savage lands with honest and good willed intentions for the future.

Simple phrases that can solve most territorial disputes.

Obviously the art that is Claiming Territory is not dead. In reality, it's far from it. Now go on and establish a nation or go ride in the passenger seat of a vehicle.


William and Walter
W&W
Quadruple U

Feel free to print this out to guide you along your summer journeys.

The Origin of Winks, Part 2

After reading and grasping the context of this gesticulation, one may be asking oneself "how may I, a mere fledgling, execute this timeless expression properly?" Fear not restless aspirant. In this post, we will take a gander at a handful of the wink's legendary uses.

The Function
After its birth into the classy culture, winking has evolved into many roles crucial to the classy man's life. Here are some of its commonly practiced functions:

The world of class has given us the wink so that we may use is appropriately. The logistics behind the wink's powers transcends our understanding, and thus it is a challenging weapon to wield. Moderation is key, for the more you wink, the less significant it becomes. Now that you've been taught, go forth...
....and stay classy,
William & Walter
W & W
Quadruple U
at 9:15 PM 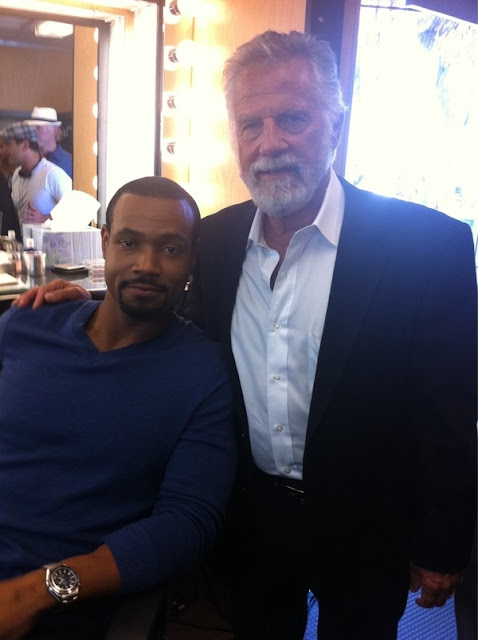 
Walking encyclopedias of class, perusers of perfection, and unremitting suppliers of wisdom, butlers' aggregate knowledge of things classy would not be advanced upon reading this Guide. Today's society holds many misconceptions about butlers.Since an apparent lapse in knowledge and a influx of rumors has occurred, the gap must be filled. For this reason we present you with this valuable information about these majordomos.


Facts, and only facts:

Yours in Class,
William and Walter
W&W
Quadruple U

For any guest, being punctual is of utmost importance when attending an event of prestige, and rightly so. Hosts as well as fellow guests expect your presence at the designated time. At every event, however, there's bound to be those who fail to adhere to the invitation's arrival time, resulting in ungraceful tardiness. These late comers are usually uncouth in their entrances. Yet, on occasions all too rare, a guest arrives who has masterfully transformed this reckless action into an admirable gesture. For ages, classy gala goers and anthropologists alike have wrestled with one of the few contradictions in the realm of class. How is it that one can be late in such a manner that yields an equal or greater welcome than that given to those who arrived on time?
Well, we too are bewildered by the mysterious forces that dictate this ambiguity. However, that isn't going to stop us from presenting you with some tips on how to conduct yourself when you've mismanaged your time.
One cannot count on always being fashionably late. There are too many factors that must be in perfect order. Things such as the wind chill factor and the number of oak trees in the immediate area have been known to alter the reception of one's tardiness. But if you comply with the tips above, you'll amplify your chances of executing this rare phenomena.


v.11 Thou shall not put any blogs before this blog.


v.12 Thou shall not answer rhetorical questions.
v.13 Thou shall only use the bro sign in a satirical or sarcastic manner, never as a genuine gesture.
v.14 Thou shall not use ye phrase "that's what she said" without labeling thy pronouns.
v.15 Thou shall not take mirror photographs of thy self.

Since humanity first left its allegorical nest, it has never ceased to fly, moreover progress. This constant advancing has always been fueled by the astounding achievements and breakthroughes of many distinguished individuals. To properly honor these achievements, mankind has produced a grand array of monuments. Some of these mementos are extraordinarily fine whilst others are mundane. Regardless, monuments manage to depict what mere recollections cannot. We've compiled a gradient of the amount of class demonstrated from different types of monuments. This hierarchy may also serve to assist you in measuring your own worth to the world.

There is, however, a far superior rendition of the statue. As our friends at Mt. Rushmore have already figured out, some men deserve not a monolith made of bronze, but rather, an image weaved into nature.
Many monuments and other tributes may have been omitted from the catalog above, the why and the wherefore of this passage was to cultivate an illustrious ambition to climb the rungs on the daunting ladder of monuments. "Only those who will risk going too far can possibly find out how far one can go." - T.S. Eliot.

The Origin of Winks, Part 1

Though it has sadly fallen into the hands of teenagers with unlimited texting plans, ultimately resulting in its unpractical evolution into a smiley-winky face, the wink still retains a plethora of its original finer qualities. These finer qualities' longevity proves to play a key role in the fermentation of the wink for the duration of all of existence. We wish not to describe the uses of this gesticulation, rather we only hope to scratch the vast surface of this great action's history and impart some insight on what great task one is accepting when he becomes a sporter of the wink.
The Historical Source
Said to have been discovered by Ferdinand Magellan during his world voyage in the early 1520's, winking has remained a prominent gesticulation for almost 500 years and counting. Though Magellan was unfortunately killed during the latter part of his excursion, the remaining members of his crew courageously braved the treacherous oceans to relay his great finding to the whole world. Sadly, Magellan was the only human alive who knew the precise origin of the wink, and so the origin went to the grave alongside our beloved Ferdinand.


The Scientific Theory
Scientists have hypothesized the alleged origin of the wink, which is: the wink is a distant member of the Monobrow-ious Elevation-ium family, a very prestigious family that have served as pronounced figures in the class world. Though there is evidence that at one time there were many as many as 27 different variations of the raising of a single brow and winking, natural selection can be attributed to the elimination of the weaker, less classy gesticulations.

The Historic Uses
Many a historian might recall the numerous instances winking has been exhibited during a momentous occasion, so we have compiled a brief list of some of the various instances when it has been displayed. Some of them are:
Winking is an expression whose timeless roots overshadow today's misconceptions of the gesture. Due to its rich history and mysterious origins, the wink is an action that must be delivered with grace throughout its many classy uses. However, that lesson will have to wait for another day.

William and Walter
W&W
Quadruple U